Skip to content
HomeShooting stars or bright flames of fire?

And such are the parables/examples, We set forth for mankind, but only those can understand them, who have knowledge.

The above ayat states that parables and examples that are set forth in Allah’s Book can be understood with people of knowledge. Let’s review some ayahs in this post, which are some times interpreted based on old dogmas. One such example is that jinns or satan jinns are supernatural creatures wandering the sky and seem to be particularly fond of listening to angles’ meetings and when they do so, are targeted with flaming balls of fires to cast them away. Major problem with this interpretation is that, it is assumed that Satan Jinns are supernatural spiritual beings. As you cannot beat a spiritual being with a stick or any material object, same way you cannot expel or beat a spiritual Jinn with balls of fire.

Some reference reading of the previously published post on ‘Creation of Skies and the Earth ( https://topicsfromquran.wordpress.com/2018/05/19/creation-of-skies-and-the-earth/ ) for understanding what the nearest sky is, and ‘What are Jinns’ (https://topicsfromquran.wordpress.com/2018/06/10/who-are-jinns-as-per-quran/ ) for understanding satan jinns, will be useful.

‘And we pried into the sky; thus we found it filled with strong forces and fires. We  indeed, sat there in stations, for hearing; thus any who listens now, finds a flaming fire following him.’

The above is a statement of Jinn nation. It is evident from above ayat, that jinns are people from developed and technologically advanced nations of the world. They have explored the skies and found it to be containing strong forces, extreme heat and energy. The technological advanced nations sends rockets and  satellites in space. Those of them who goes in space have to use rockets which are followed by hot burning flames of fire. 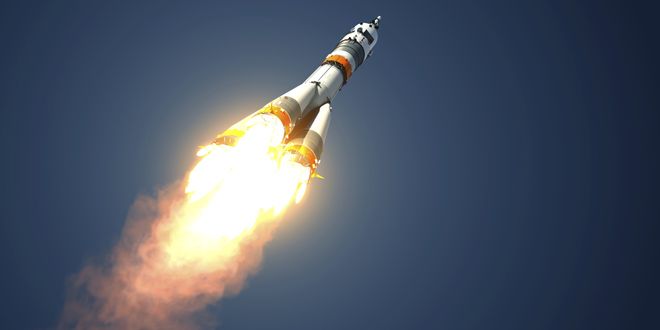 We have indeed adorned the lower heaven with planets/stars,- and guarded it against every rebellious satan.  They are not the listeners of the high command; and they are bombarded from  every side. Repulsed, for they are under a lasting  penalty, except one who snatches something away, he is pursued by a piercing  flame.

The satans of the Jinns/(technologically advanced nations) are those people with negative personality traits of having racists ideologies which they generally hide (They are called satans because of characteristic of Satan to make discrimination based on bodily appearance). The advanced nations of Jinns seek knowledge about the magnificent Cosmos, including sending space probes in space. The lower sky of the Earth is well protected with atmospheric layers, the earth’s gravitational force and cosmic blasts of radioactive particles in space, which prevents all but only a few of them to venture out into space.  Majority of them cannot escape the earth. Only a miniscule few are able to escape into space with the help of expensive equipment which need be well protected against radiations and space risks and are trailed by piercing flames of fire as these equipment burn a lot of fuel to escape Earth’s gravitational pull.

And We have made structures in the sky, and made it an adornment for the on-lookers; And We have guarded them from every out-casted Satan/divergent one. But any that gains a hearing by stealth, is pursued by a flaming bright fire

Again it is mentioned that the sky is well protected and for anyone prying in space to get  some knowledge, will be trailed by piercing fire. This is because they will have to use some equipment which will consume a lot of fuel to escape earth’s escape velocity and thereby will leave a trail of piercing fire before it.

And we have adorned the lowest heaven with Lamps, and We have made it (the lower sky)  a thing to cast stones at Satans/mischievous ones, and we have prepared for them the scorching penalty

En-route to outer space, astronauts will be bombarded with cosmic radiation: tiny, high-energy atom fragments that whiz through space and can damage body cells. Astronauts venturing in outer space risk all these dangers of radiations, asteroid belt, space junk, objects in space which can hit them and need take good protective measures against them.

The ayahs of Quran stating flames of fires following satans are usually visualized as being directed to satans trying to enter Earth via space. However, in fact they are intended for satans trying to escape into space from the Earth. As Quran states that satans are already on earth doing physical work in the era associated with prophet Sulieman (a.s).

2 thoughts on “Shooting stars or bright flames of fire?”