The name Zul-Qarnain or Dual-Qurnain in Arabic means ‘one belonging to two eras’. If we search in Quran for people who have lived in two eras, we find mention of a person in Ayat 2:259 who was given death and then raised again after 100 years and then the companions of the cave mentioned in Sura 18,  who were made to sleep in a cave for 309 years. The companions of the cave were sleeping only, while the person in 2:259 was given death and then raised up again. A possibility is that, ‘Zalqarnain’ is the person who is mentioned in Ayat 2:259 as the mention there is of a single person who was dead and then was raised again after 100 years. The Ayat mentions that he is made an Ayat/sign for the mankind. Therefore he should not be an obscure person, he must have accomplished some thing to become a sign for mankind. This person was given knowledge from Allah and this knowledge should have helped him to accomplish a lot. As he had lived in two eras apart by 100 years, he is likely a candidate to be the Zal-Qarnain mentioned in Quran later on in Sura Kahaf.

Or like the one who passed by a dwelling, all in ruins to its roofs. He said. “Oh! how shall Allah bring it to life, after its death?” thus Allah caused him to die for a hundred years, then raised him up (again). He (Allah) said. “How long did you stay (thus)?” He said. (Perhaps) a day or part of a day.” He said. “No, You have stayed a hundred years; but look at your food and your drink; they did not change; and look at your donkey. And that We may make you a sign for the people, Look further at the bones, how We bring them together and clothe them with flesh.” When this was shown clearly to him, he said. “I know that Allah has power over all things.”

In Sura 18 i.e Kahaf/Cave we learn about a person called Zil-Qarnain (of two Eras):

They ask you (the Messenger) concerning Zil-Qarnain. Say, “I will rehearse to you something of his story.”  Verily We established for him on the land, and We gave him the means from everything.  Thus he followed the means.  Until, when he reached the setting of the sun, he found it setting in a spring of murky water. Near it he found a nation We said. “O Zal-qarnain!  either to punish them, or to treat them with kindness.”  He said. “Whoever does wrong, we shall punish him, then he will be sent back to his Lord; and He will punish him with a punishment unheard-of”. “But whoever believes, and works righteousness,- he shall have a goodly reward, and easy will be his task as We order it by our Command.”

Some researchers have the opinion that the route mentioned in above set of Ayas, is the one of the silk road networks which was an established route mainly in China, connecting Asia to middle east and Europe in medieval times. Later we see mention of a wall in this story. A great wall, which was built to stop invaders from attacking communities, is also associated with China. So, the setting of this story of Zulqarnain is most probably in the Asian region of China/Mongolia/Korea. There is a muddy stream mentioned in the Ayas as well. The muddy stream should be a river carrying lot of silt so that it appears muddy. In China there exists a river which carries so much silt with it that the people call it ‘the Yellow river’. This river is also known with the name of ‘muddy flow’ by local folks. When Zulqarnain, saw the sun setting in a muddy stream, this should be the place of  the middle to lower reaches of the Yellow River, where it carries the most amount of silt and looks very muddy.

Some people raise objections on this story, stating that does Quran not know that the Sun does not set in a stream of water? However, it is clear from Ayas that Quran talked from  Zalqarnain’s perspective when he saw the Sun setting in a stream of water, as any one would see sun-set over a large body of water. While Quran is clear about orbits of the Sun, which is mentioned in Ayat 21:33, that Sun and Moon moves in their respective orbits. Therefore, there is no question about Quran’s insufficient knowledge about the orbit of the Sun. Please see earlier post about facts about Universe mentioned in Quran (https://topicsfromquran.com/2018/05/19/creation-of-skies-and-the-earth/)

Zalqarnain is mentioned as a righteous person, connected with God and also assumed a high position in the world with the means available to him to accomplish a lot. So, his first Journey seems to be somewhere in the path of the yellow river in China. He assumed a position of power in that land and was able to enforce God’s will in the land by rewarding the righteous people and punishing the wrong doers.  From there he continued his journey.

Then he followed a way/means, Until, when he came to the rising of the sun, he found it rising on a people for whom We had provided no covering against it (the sun). Like that, and we have encompassed knowledge about him.

Zalqarnain’s next leg of journey is said to be culminating in a place where there was no covering from Sun. This setting sounds like a desert where there is no shelter from the sun. The likely place is some where in Gobi Desert near China/Mongolia border.

Then he followed a way/means until, when he reached between the two mountains, he found, besides them, a nation who scarcely understood a word. They said. “O Zal-qarnain! the Gog and Magog do great mischief on earth. Shall we then render you a tribute in order that you might erect a barrier between us and them?

Zalqarnain 3rd leg of his journey took him to a place which was between two mountains. The community living there seems to speak a different language. They communicated to him that through the mountain pass, Gog and Magog, attack their communities intermittently, for pillage and plunder. They were ready to pay tribute to Zalqarnain to make a barrier between the mountains so that Gog and Magog could not cross the barrier to attack them. From the description it seems that Gog and Magog were two tribes whose main occupation was warfare to collect booty. They should be good in fighting and attacking. From another reference in Quran, they were fast moving as well (21:96). Could be somewhat similar to Mangols and Tartar tribes in the earlier centuries who were fast moving attackers. A link to a very well researched article by brother Imran Faruqui is given below, which speculates about who could be the present day Gog and Magog. (  http://quransmessage.com/files/Quranic%20Odyssey%20Ch1-2%20v2.37.pdf )

Zalqarnain possessed good knowledge of structural engineering and with the help of manpower and material from this community, he erected a barrier strengthened with molten metal, between them and the attackers, which the attackers were not able to penetrate.

He said. “(The power) in which my Lord has established me is better (than tribute). Help me therefore with strength (labor). I will erect a strong barrier between you and them. “Bring me blocks of iron.” Until when he had filled up the space between the two mountain-sides, He said, “Blow” Then, when he had made it fire, he said. “Bring me, that I may pour over it, molten lead.”  So they were not able to scale it nor could they make a hole in it. He said. “This is a mercy from my Lord. But when the promise of my Lord comes, He will make it into pieces; and the promise of my Lord is true.”  On that day We shall leave them to surge like waves on one another. the trumpet will be blown, and We shall collect them all together. And We shall present Hell that day for Unbelievers to see, all spread out,-

Zulqarnain said that one day this barrier will be gone when the promise of the Lord arrives. This day these fighting nations will surge like waves into one another. That day will be Hell to the unbelievers.

Why Allah related the story of Zal-Qarnain in Quran, probably to help identify the nations of God and Magog and the signs of the Hour, therefore for us to take heed before our account is closed. What lessons we can learn from this narrations, i.e for a ruler or governor to reward people on merit i.e according to the their good or bad actions. To help people who are oppressed without expecting rewards from them.  To block the oppressors in a most peaceful way possible with least bloodshed and violence on earth. 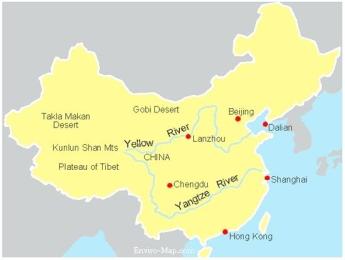